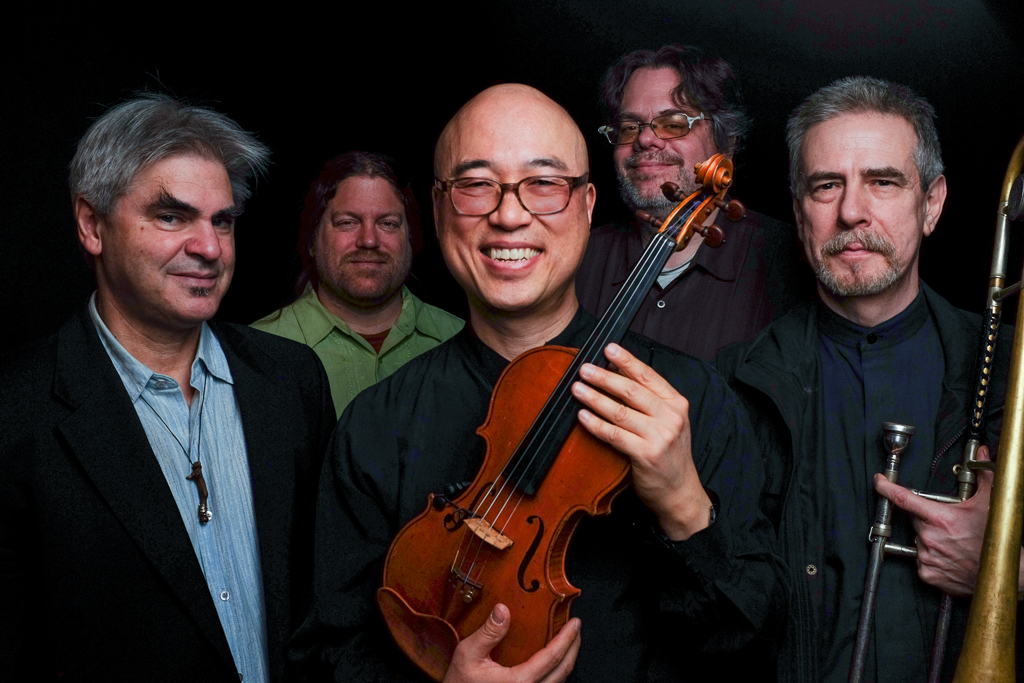 The music is a house, with the score’s quintessential melodies, rhythms, harmonies, and textures o ering rooms in which musicians extemporaneously sing. In this dramatic architecture, the unique voice of each musician is empowered to individually interpret and also, transcend interpretation to become an originating spirit that is inextricably unified to the composition’s destiny. This is how music grows greater than the imagination of one to become a meta-language of memories, dreams, and hope.

The musicians have worked together in various constellations for over ten years. Andrew and Ken were in my past quartet EDGE, and current octet Burning Bridge, project VOICE and string orchestra, Spontaneous River. Chris and I have performed as a duo. Kalun is our youngest and newest member.  My thanks to all of them for their friendship, creativity, and artistry.  – Jason Kao Hwang

Sing House was chosen as one of the Best CDs of 2017 by Downbeat Magazine.

Hwang's music provides just the right balance between structure and freedom, as illustrated vividly on these four well-crafted tracks...Hwang's leaps and flights are especially impressive, showcasing his superb dexterity while the band surges powerfully behind him...Much of the music turns on the rhythmic foundation provided by Filiano and Drury. They possess the finely-honed instincts of having played together for years, and the complexity of Hwang's compositions requires those instincts to be fully utilized...But to be sure, all five musicians work as an integrated unit, and that ultimately is the reason why the album succeeds.
- Troy Dostert, All About Jazz   Read Full Review

The breadth of influences that composer Jason Kao Hwang is able to call upon, and his willingness to leave wide open spaces within compositions for improvising, strikes the perfect balance between meticulous planning and breathless spontaneity...It’s this kind of daring that makes a Hwang album so thrilling—that sense of sharp intelligence and creative courage. The Best Jazz on Bandcamp, May 2017   Read Full Review

Read All The Reviews